Share a memory
Obituary & Services
Tribute Wall
Read more about the life story of Oscar and share your memory.

Oscar was born March 18th, 1921, in Kansas City, Missouri and grew up in a family of six children, first in the city and later on a farm between Lee’s Summit and Blue Springs. He received a bachelor’s degree in geology and geography from the University of Kansas City in 1943 and worked for the rest of WWII as a cartographer for the Army Map Service. He served in the Army Corps of Engineers in 1946-47, achieving the rank of Technician Fourth Class (Sergeant) and specialized in map intelligence. In 1950 he began a 25-year career with the Central Intelligence Agency, serving as an instructor in various types of intelligence tradecraft.

Oscar married Lois Ann Hill November 19, 1955 after meeting her at the CIA and they had 59 wonderful years together. Their life included many adventures, including living four years on the Pacific Island of Saipan in the Northern Mariana Islands, spending summers in a rustic log cabin in Marble, Colorado, and traveling extensively.

After retiring they lived first in Marble where Oscar served as Mayor, and then moved to Glenwood Springs. He was instrumental in founding the Marble Historical Society and Marble Water Company, wrote a two-volume history of Marble called Marble: A Town Built on Dreams, served as Vice President and Clan Genealogist in the Clan MacCallum-Malcolm Society of North America, and was active in the First Presbyterian Church of Glenwood Springs for 40 years.

During his long and successful life, Oscar held a strong Christian faith, was an avid historian, a genealogical researcher, and was always the optimist who had a positive influence on everyone he met. He was an engaging storyteller who no doubt now is entertaining all the family and friends who passed before him.

Lois Ann preceded Oscar in death in 2015. He is survived by his sons Duncan (Sally) and Peter (Masumi), grandchildren Ian McCollum, Amy Martell, Aileen McCollum, and Colleen McCollum, great-grandson Owen Martell, and many nieces and nephews and their families. 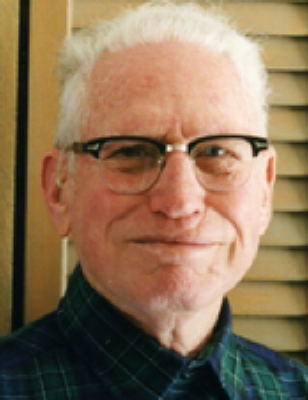 Family and friends are coming together online to create a special keepsake. Every memory left on the online obituary will be automatically included in the book.

You can still show your support by sending flowers directly to the family, or by planting a memorial tree in the memory of Oscar D. McCollum
SHARE OBITUARY
© 2023 Stork-Bullock Mortuary. All Rights Reserved. Funeral Home website by CFS & TA | Terms of Use | Privacy Policy | Accessibility